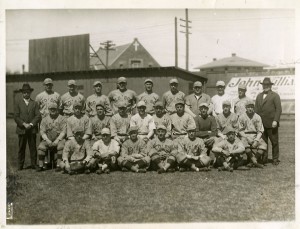 What do buying baseball players and buying companies have in common?

At Sokrates advisors we have been in the privileged position to help quite a number of Private Equity firms execute build-up strategies. We also have been lucky enough to have a few assignments in the sports world. We have been even luckier to have a passion for sports.

Buying companies is a lot like buying players. Sports teams do many of the things we do when executing a build-up strategy. But, it turns out that sometimes they do things differently.

When a team buys a player they use one of two strategies. One strategy is to buy the best fit, the best available player to fit the needs and the constraints of the team. This is the dominant strategy for many teams. But there is another acquisition strategy: to break down the acquisition needs to smaller components. Instead of buying players, the strategy is to buy their characteristics, their qualities. Instead of buying the one best fit, the franchise would buy a combination of players (presumably cheaper) who, all together, provide the required set of characteristics.

Perhaps, no other team sport has gone as far as baseball has. The names that come to mind: Sandy Anderson, Billy Beane, Paul DePodesta, Theo Epstein (who broke the Curse of the Bambino in 2004) – all of them team managers who extensively used sports analytics to build and run their teams. We, in the private equity world, may have something to learn from them and their use of analytics.

Billy Beane, the longtime manager of the Oakland Athletics, is perhaps the most prominent example. He was the main character of the 2003 Michael Lewis book Moneyball and the movie with the same title in which Brad Pitt played him. Baseball statistics were not a new thing when Billy Beane took over Oakland Athletics as manager: they have been widespread in baseball for more than a century. The major breakthrough here is not statistics, but in the particular rationale that allows a manager to use data analytics to win games. More on this rationale, some other time perhaps.

While using sports analytics Billy Beane, and others, did something else, much less visible: they separated the players from their qualities. This is not so much a big and well formulated concept as it is a fundamental shift in focus.

Now let’s move on to build-up strategies. It is important to keep in mind that we are looking at the mid-cap private equity world. Within the industries where private equity operates there are generally a few companies in any developed country and many dozens worldwide, sometimes way more than a few dozens. This is true for many of the verticals: semiconductors, software, professional services, test and certification services, specialty chemicals and metals, construction services and certifications, many manufacturing markets, and many more. So, more often than not, there are many potential players, very much like in a team sport

In the private equity world, as in team sports, the first acquisition strategy is most widely adopted: looking for the best fit. The rationale goes like this:

This is profoundly different from the way Billy Bean and Paul DePodesta went about acquiring players. At some point in Moneyball, Paul De Podesta, who worked for Billy Beane at the time, says: “Since we’re talking about Brown anyway,” …“there’s a list of hitters I want to talk about. All of these guys share certain qualities. They are the eight guys we definitely want. And we want all eight of these guys.”

Paul has a view of the whole market, not just a few players, but all the players in the market. Then he has a clear vision of the combination of qualities he wants to put together and he wants all of these qualities, not just some, using a multi-acquisition play.

If we apply this to build-up, it would amount to another kind of strategy, too rarely seen. First, forget about the “perfect fit,” then:

Note the order of 1. and 2. First research, then determine the combination of qualities: you do not want to look for qualities that are not available on the market. Some of the qualities one can have in mind are: products and clients, but also machinery, sales channels, local presence, technical knowhow, regulatory hurdles, etc. And, of course, any combination of these.

It is indeed true that a multi-acquisition strategy would require superior execution and integration capabilities. But the same goes for baseball.