/ Confirmation bias is not your problem 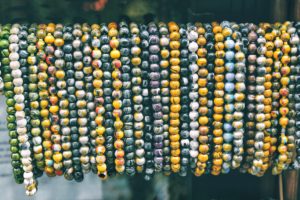 Therefore, a better question is how to avoid forming a wrong investment thesis in the first place. Or more specifically: how de we avoid the biases that lead to flawed investment theses?

The academic literature on cognitive biases is abundant. At the origin of this academic production is a series of papers published by two of the most influential psychologists of modern times: Amos Tversky and Daniel Kahneman. In a series of articles published between 1971 and 1974 they built the framework that served as impetus to analysis in heuristics and biases. This framework is summarized in a 1974 article published in Science and called “Judgment under Uncertainty: Heuristics and Biases”. This set of ideas later evolved into the prospect theory, which, in turn gave birth to behavioral economics. Daniel Kahneman, a psychologist by trade, won the Nobel Prize in economics in 2002.

This set of ideas is sometimes referred to as Representativeness – Availability – Anchorage. This framework is useful to understand how flawed investment theses actually come to life. Some of the key judgments made in private equity answer probabilistic questions like: what is the probability that this company will generate growth? That it will be profitable? Or, quite simply, will this company belong to the class of good investments or to the class of bad investments? Kahneman and Tversky group these questions and judgments in a class of biases called Representativeness.

One instance of representativeness bias is the insensitivity to prior probability of outcomes. It occurs where people ignore past patterns with predictive value, and instead make judgments based on representativeness. In the case of private equity investment a typical expression of this bias would be to neglect or ignore past revenue patterns while analyzing the acquisition target.

Let’s take en example. A while ago we conducted a due diligence on an e-commerce company selling a certain type of consumer goods. At the time of the diligence, the company had about 6 million members and about 500,000 – 600,000 customers that have purchased a product at least once since the company inception. The management has projected a linear five-year growth, in line with the past growth. Under the management plan, the company would reach 12 million members and 2 million purchasing customers. The in-depth analysis of the revenue patterns showed a different picture. The company sales were composed of several product categories, some at the beginning of their growth curve, others near the end of their growth potential. All of the products showed growth patterns that could be captured quite well by an S-shaped curve. Although past growth looked linear on the surface, the revenue pattern analysis showed that the future looked more like a gradual slow-down, typical for the S-curve past the middle inflection point. Further pattern analysis discovered that sales relied heavily on a core segment of just 160,000 users. 120,000 of these users were already paying customers of the company. Overall, this was a completely different growth outlook.

The key take-away from this is that past revenue patterns do exist and they are different from top-line trends. At a granular level, company sales are composed by thousands or millions of purchasing decisions, made by thousands or millions of customers. They are not random and they have patterns. The challenge is that revenue patterns are hard to uncover. They are not visible to the naked eye and, as a general rule, one cannot see them in accounting data, management reporting or in business plans. Past revenue patterns are hard to understand and the private equity professional may lack the tools and the resources to uncover them. So, instead of forming judgment based on past patterns, investment decisions are made on representative proxies derived from what is readily accessible: topline data, accounting data or management projections. This leads to insensitivity to prior probability of outcomes.

In order to uncover past revenue patterns we need tools, software and algorithms rooted in data science. Moving from past patterns to future projections requires a set of rigorous forecasting tools and techniques. Once we have the tools to reveal revenue patterns, many phenomena become observable and measurable through the data: intensity of competition, new entrants, consumer preferences, price elasticity, impact of shorter or longer delivery times, low-cost imports, marketing campaigns, etc. All these phenomena form revenue patterns that actually have a predictive value. These patterns provide a way to avoid insensitivity to prior probability of outcomes and to form sound investment theses.

This article was originally published as a blog post on our corporate web site: