/ Liverpool FC vs. Man City: weaponizing analytics on the pitch 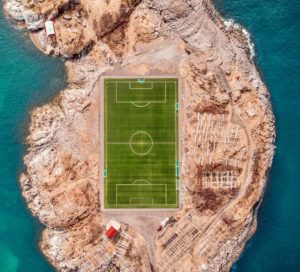 A couple of days ago we watched the soccer game between Liverpool FC vs. Man City. What a game! Liverpool dominated the first half resulting in a score of 2 to nil in their favor. The game ended 3:1. Man City lost while most of the match statistics were in their favor: they had higher ball possession, more passes, higher accuracy in these passes, more corner kicks and less fouls. Here are some of the statistics:

And yet Liverpool were more dangerous, more aggressive: there was an overwhelming feeling that Man City never stood a chance. Soccer statistics such as ball possession and accuracy have long been known to be loose predictors of success, so what was happening here? What kind of soccer game was Liverpool playing?

We believe that what we witnessed on the pitch is this: weaponized analytical thinking. Let us explain.

We are not sports analytics specialists and we do not know anyone at Liverpool FC, but we think long and hard about how to use analytics to make an impact and we believe we saw exactly that on the pitch last Sunday: analytical thinking at work.

Analytics started making a difference in sports decision making about 20 years ago, first in baseball. We wrote in a separate paper about the Oakland Athletics and Billy Bean. At the time when Oakland A’s started to make a difference with analytics, statistics had been around in baseball for over 150 years. What changed is that the Oakland A’s found a way to weaponize some key metrics. They transformed the analytics to answer questions: like who they should recruit and put on the pitch in a way to maximize their chances to score and win.

The same thing is happening in soccer, 20 years later, and Liverpool are doing it. The weapon, we believe, is a metric called Goal Probability Added or GPA. The GPA works like this. At any point in time during the game, even in the most defensive phases of the game, there is some probability to score a goal. This probability could be measured before and after any action. An action could be a pass, a dribble, a combination, etc. We can measure GPA for a player from the moment he receives the ball to the moment he passes the ball. Increased GPA means that the player improved the chances for his team to score a goal while decreased GPA means the opposite. Inherently, riskier game decisions have a higher GPA. Not surprisingly, they carry more risk, like losing the ball to the opposing side. The GPA can also be measured on the aggregate, like for the whole team during a game. A team with a higher GPA is a team that plays more aggressively and takes more risk.

The nature of soccer is such that teams willing to aggregate higher GPA would have higher probability to win. An interesting 2018 paper “Luck and the Law: Quantifying Chance in Fantasy Sports and Other Contests” ranks group sports on the scale of 0 to 1 measuring the balance of luck and skill. Zero would mean that no skill is involved, 1 would mean that there is no luck, only skill. On this scale coin flipping is 0, mutual funds rank at about 0.3, hockey at 0.54, baseball at 0.63, American football at 0.68 and basketball at 0.86. The paper advances that more opportunities to score in a given game and more games in the season would lead to higher weight of skill. Soccer is not on this scale, but it should be not too far from hockey. It offers about the same opportunities to score with an average number of goals of 2.92 in Premier League vs. 2.95 in NHL. Soccer has even less games to play. A regular NHL season is composed of 82 games compared to 38 for the Premier League. So, it seems reasonable to think that soccer is even lower on this scale than hockey. The Champions League in particular is geared toward amplifying luck: the group stage is composed of just six games then moving on to knock-out stage, a game format that is even more loaded with luck.

The soccer being a “lucky” game, it means that lucky shots, lucky events in general, would weight more than, for instance, in basketball where the lucky shots would “average out” given the high number of scoring opportunities in any game. And this means that maximizing GPA would, on the aggregate, lead to winning more games in soccer.

This is what we saw on the pitch on Sunday: Liverpool FC weaponized the GPA and consistently undertook risky actions to maximize it, for instance:

There are exciting years for soccer fans ahead. With GPA hitting the pitch the games will become more spectacular, the ball will move faster from one goal box to another, there will be more goal opportunities, the average number of goals will increase, and more and more teams will play the aggressive kind of soccer we see Liverpool play today. Analytical thinking is hitting the pitch and changing the game, for the better.

This article was originally published as a blog post on our corporate web site: http://www.sokrates-advisors.com