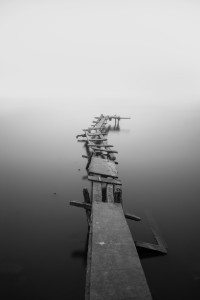 At Sokrates advisors, we think very hard about what makes a good forecast, or prediction, and what produces a bad one. And, thankfully, we are not alone. In 2006, the US government formed the Intelligence Advanced Research Projects Activity (IARPA), as part of the Office of the Director of National Intelligence. Inside IARPA, there are several programs dedicated to forecasting and human judgment. IARPA’s mission is no secret: “At IARPA, we take real risks, solve hard problems, and invest in high-risk/high-payoff research that has the potential to provide our nation with an overwhelming intelligence advantage.”

And plainly, for us in the private equity world, making good forecasts is exactly that: it’s solving hard problems, high-risk/high-reward analysis that should provide an overwhelming advantage. So, of course, we follow everything that IARPA publishes in the area of human judgment, including all kinds of challenges, tournaments and competitions designed to reveal what makes good forecasting and good forecasters.

IARPA ran such a forecasting tournament from 2011 to 2015. Over this period IARPA asked approximately 500 questions, geared toward yes or no answers, and a timeframe. For instance, a possible question would be whether Ali Bongo would remain president of Gabon in the next 12 months. Thousands of forecasters participated, grouped in several teams.

One of the outcomes of this tournament was that experts, or insiders, are not very good forecasters. They tend to be overconfident; they take into account new and relevant information less often that they should. They favor continuity over change a little too often.

Let’s now take the example of a business that delivers a product to a finite installed base, for instance:

In all these cases, the market is determined by an installed base: ports, medical beds and oil platforms. Let’s assume now that the installed base remains stable over our time horizon, that is 5 years. This is not a far-fetched idea:

So, let’s assume a stable installed base, nothing more complex. In this quite simple example, market sales come from two sources:

We have spoken to many managers, certainly in the high hundreds, and all kinds of market insiders active in such markets. Of course, everybody is aware that the installed base is stable. We always ask the following question: what will happen when the market reaches the saturation point? Overwhelmingly, to the point of no exception, the answer is: the market growth will slow down, of course. The dominant, the controlling narrative is: there still will be growth, but at a lower rate.

But is this really what will happen? Here is our alarmingly simple example.

The incentives of all market insiders to see continuity are so strong that the dominant narrative is locked on a simple slow-down. Market participants do not want to be part of contracting markets. The sellers, of course, even less. The potential buyers, engaged in the acquisition process, will easily accept this narrative because they do want the acquisition opportunity to be a good one. They have their own confirmation bias to confront, a whole other fight.

For us, it is sometime really difficult to stand on the position that the market will contract. The difficult part here is that the market will contract sua sponte, from within, due to internal constraints – and without any major external events, even less any extreme events. The management would often say: what could happen in the worst-case scenario? The installed base will always be there. The answer is hard to sustain precisely because nothing big will happen, the market will simply dwindle. In reality, there is continuity in the market, but this continuity implies contraction, not slower growth.

In practice, it is hard to place a tipping point on a timeline. It is even harder to predict what happens after the tipping point. The example above is purposefully simple. At Sokrates, we use data science to forecast much more complex and realistic markets: S-curve, Bayesian modeling, Power-rank laws. When direct data is not available, we use proxies. On top of this, we think in probabilistic terms. Paradoxically, the harder the analytics, the more difficult it is to defend the idea of market contraction in the face of continuity bias.

Every now and then, a perspicacious market insider would say: well, of course, trees don’t grow to the sky. But even this analogy does not do justice to market contraction. Trees stop growing, but do not shrink. Markets do.