/ The Gender Pay Gap at Uber 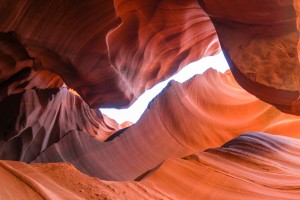 At Sokrates, we love it when numbers give clear answers. A recent study on gender gap amongst Uber drivers does just that. The analysis was conducted by economists from University of Chicago and Stanford, collaborating with Uber.

The paper finds that there is a 7% wage gap between male and female drivers on a platform where rides are attributed randomly.

The study combines two features that we particularly appreciate:

– It is also granular since it analyses the pay gap at the level of drive-hours.

Almost half of the gender gap is explained by speed: men drivers tend to drive faster. The experience on the platform explains another 36% of the gap. Although men and women learn at the same pace, male drivers have on average more on-the-job experience. The rest is explained by choices of where and when drivers work.

Quite remarkably, the study explains the entire pay gap. It is quite rare in social sciences to explain the entirety of a phenomenon. We believe that the comprehensiveness and the granularity of the analysis contribute to that.

The study proposes that the gap is not due to discrimination, since the Uber rides are attributed randomly. It briefly offers the explanation that women drivers have higher opportunity cost of non-paid time. This is what economists call “gender-based preferences”.

This article was originally published as a blog post on our corporate web site: