/ The predictive elegance of the S-Curve 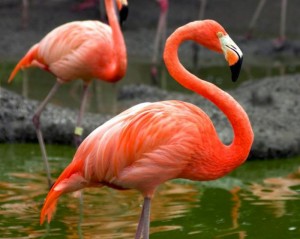 When assessing a potential investment opportunity, we typically begin by analyzing historical data to identify patterns: the sales growth rate of a product in a market segment, the adoption rate of a new technology, etc. Projections are then established by extending the pattern. Observed data seem more or less aligned? Then, applying linear regression using the least squares method will reveal the rate of evolution over time, the good old CAGR. Applying the CAGR forward from current data will complete the projection.

Well, in real life not everything is linear. In fact, very few processes are. Many resources are limited, creating an increasing strain when demand keeps depleting stock, thus curving the growth pattern. Product sales will eventually slow down, regardless of the product success, after potential buyers bought, constraining the sales growth to the replacement market and, here also curving the growth pattern.

Among non-linear functions encountered in Physics, Biology, Economics as well as in Marketing, the S-Curve is one of the most common. Known as the “Diffusion of Innovation Model”, the S-Curve pattern was introduced in 1962 by Everett Rogers, a Professor of rural sociology, who used it to describe the evolution of invasive plant populations over time, such as lily pads on a pond.

The pattern appears like this: a slow, but increasing growth period when the early population (‘early adopters’) progressively multiply, followed by exponential growth (mass adoption), in turn followed by a leveling off when the population approaches the saturation level.

The S-Curve, graceful but hard to call upon?

In the real life of business modeling, data from a nonlinear phenomenon rarely succumbs to the elegance of a mathematical function. The good old least squares method produces a poor fit with nonlinear models, typically leading to an overestimation of the projected saturation value (the plateau). CAGRs do not make sense. Other methods, such as Monte Carlo on residuals or Bayesian parameter estimates, usually lead to a mediocre fit. And their implementation leaves the analyst with a solid headache as a collateral damage.

We are left with the trial and error method, where the model parameters are manually adjusted until the observed data are “close enough” to the curve.

The power of S-Curves

The shape of an S-Curve is defined by only two out of three parameters:

In other words, there are a limited number of S-Curves that can ‘pass by’ the observed data when one parameter can be ‘guestimated’.

More often than not, comparing the growth evolution in neighboring countries, and/or at different periods can unveil the S-Curve shape and provide a hint about the value of one of the defining parameters.

For instance, a while ago we worked on a company serving the cremation market. Cremation is a funerary practice that is gaining traction in many countries throughout the world. So, some countries are ahead, some are behind. In the latter, is there a growth opportunity in the catching-up?

Penetration of cremation in the U.K. was at 75% in 2013. In France it had reached 34% at the same time. Observed data in the U.K. clearly showed that the cremation rate took off in the early 1950’s (at the time at less than 15%) and has been leveling off since the late 1980’s (at the time at around 67%). The penetration in the U.K. has reached its plateau. Looking at the adoption rate in France, an S-Curve is clearly shaping up. Cremations took off in the mid 1990’s and are still in the fast growth period. A deeper analysis reveals that the French S-curve is lagging the British one by 3 decades and that, in both cases, the fast growth period spans over 4 decades. The slope at mid-point however is lower in France: as a result, the plateau is expected to come at a lower value, around 65%. Anecdotally, we looked at similar data in several countries and were able to point out a correlation between the plateau value and the confessional mix in each country.

Another project provided a different illustration of the power of S-Curves. In the motorcycle accessories retail industry, the brick-to-click transition (from sales at the store to online sales) is shaped as a S-Curve in almost all countries. In each country the transition has a plateau of its own, which mostly depends on the size of the motorcycle fleet. The slope of the curve, in contrast, depends on several local factors such as the maturity of e-commerce, the presence of a major brick-and-click retailer in the market or the mix of bikes (road bikes/ sport bikes / trails and roadsters, etc.). Once again, a solid understanding of one of the key parameters that define the S-Curve is enough to streamline the data fitting, i.e., the process of defining the S-Curve that best matches the historical data. In this case, we identified the key parameter was the size of the motorcycle fleet – it allowed us to estimate the plateau.

It may seem surprising that such a variety of fields and processes, from the development of lily pads on a pond to the adoption of human cremation follow a similar growth pattern. For us, as strategy consultants, the value of the S-Curve lies in its predictive strength. We know that this elegant shape is merely the visualization of a constraint caused by some kind of limiting factor. This limiting factor shapes the future and allows us to extract predictive value from historical data.